We are excited to announce we have selected 5 teams to attend the sixth NPR Story Lab Editorial Training Workshop, designed to support producers from all backgrounds in developing their show concept into a pilot. Participants will gather virtually for six months starting April 30.

Over the last five years, the NPR Story Lab Editorial Training Workshop has supported teams from across the country with direct mentorship, targeted training and partnership opportunities.

We invited Member stations and NPR staff, along with independent producers, to pitch ideas for audio projects that will break traditional formats and reach new audiences. We received over 200 applications from all over the U.S. and beyond. Every application was reviewed by a team of judges, including members of the NPR Training team, NPR Story Lab, and dozens of NPR staff across the organization.

The Story Lab Editorial Training Workshop is designed to train and support producers from all backgrounds, and help demystify the development and production process at large. The primary goal is to meet great ideas where they are, and support teams with the expertise and insights NPR has to offer.

Read more about the projects below (with working titles that may change):

Black & Published is a podcast for BIPOC literary artists--writers, poets, playwrights and storytellers of all kinds — who have had their work published or produced through mainstream publishers, filmmakers or theater companies, or they've taken the indie route and released their work on their own.

This podcast exists to discuss what it means to be a writer, dissect the writing process, and demystify the steps between concept and publication or production.

J.C. Howard, Assistant Producer at How I Built This

Both Sides, Then aims to examine the calls for better onscreen representation through a historical lens, unpacking the various perspectives and issues that were brought to the forefront of past controversies while connecting them to the present.

Each episode highlights a different movie (or TV show, or other pop culture artifact) and breaks down how the debates unfolded across various mediums (reviews, articles, talk shows, news reports, etc.) at the time. Where possible, it includes interviews with the creators, as well as those who publicly protested or critiqued these works contemporaneously, in order to dissect the primary concerns of those groups and how they have evolved (or stayed the same) in recent years.

The South is poised to emerge as a guaranteed income hub, and reporters from the Gulf States Newsroom will be there to witness and document it.

Guaranteed will document the experiences of universal basic income participants in at least three southern cities over the course of a year, while exploring the forces responsible for the region's high poverty rates. City-level pilots are planned in Louisiana, Georgia, Mississippi, South Carolina and Florida.

Covering these pilots in depth, our reporters will examine the financial realities of low-income families and the larger structural forces that shape their lives, including systemic racism, punitive welfare policies, low minimum wage, soaring rents, predatory loans and a lack of affordable childcare.

In July 2020, after almost two decades without a federal execution in the United States, the Trump administration put to death three times as many federal inmates as in the previous six decades combined. "Rush To Kill" is a new podcast from the NPR Member station whose reporters covered each execution in person. Their year-long investigation will reveal how the Trump administration's rush to carry out these death sentences before leaving office upended a century of legal precedent, contributed to the outbreak of a deadly virus, and damaged the lives of far more Americans than the 13 it set out to execute. And it could happen again.

Viva La Mota explores the history of marijuana through Black, Brown, and queer voices. With the legal marijuana industry rapidly growing ($13.6 billion value in 2019 alone), discussions will broach the contemporary white exploitation of Cannabis and the need for reparations and justice in law and industry. The show will explore the complex history of Cannabis in the United States. Topics explored will include examining how queer communities used the plant to treat loved ones with HIV/AIDS and the cultural connection Black/Brown communities have with marijuana and mass incarceration.

Thanks to all who applied — and a special thanks to our judges. From NPR: 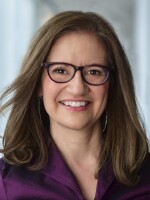 Anya Grundmann
Anya Grundmann oversees NPR's industry-leading podcast portfolio with 150 million monthly global downloads, in addition to NPR Music, NPR Events and NPR's entertainment and talk radio programming. Under her transformational and creative leadership, NPR Music's Tiny Desk Concerts have become a household name in music discovery and the NPR Programming division has dramatically expanded NPR's on demand audience and journalism footprint with the launch of more than 15 podcasts and radio shows in collaboration with NPR News, including four of the top 20 podcasts in America.
See stories by Anya Grundmann
Lauren Gonzalez