As cases of High Path Avian Influenza have dramatically decreased, the North Carolina Department of Agriculture has lifted restrictions on poultry shows and sales. State Veterinarian Mike Martin announced Wednesday that public sales, shows, flea markets, and other meets involving poultry and feathered fowl can resume. The last positive case in North Carolina was recorded on April 11th, and nearly a month later, the last HPAI control area was terminated. The virus was detected at seven commercial poultry operations in Wayne and Johnston County and more than 450-thousand chickens and turkeys had to be euthanized to prevent further spread. Martin says remaining on high alert is a priority, but the warmer weather should decrease the concern for HPAI. Poultry owners are still encouraged to follow strict biosecurity measures and monitor their flocks for signs of illness. 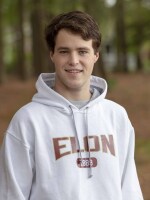