One killed, another hurt in ultralight crash off the Outer Banks

Officials say one person was killed and another injured when an ultralight glider crashed into the ocean off the Outer Banks.

News outlets report that the town of Southern Shores says two people were on board the glider around 10 a.m. Wednesday when it malfunctioned and hit the water.

Officials say one person was rescued and brought to shore and the body of the second person was found around 3 p.m. 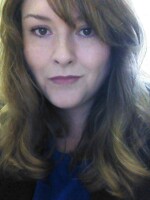